Community > Forum > Cellular Hardware > Update MIDlet by itself on BGS5

Update MIDlet by itself on BGS5 | Thales IoT Developer Community

is there a way I can update an installed and running midlet by itself using a newer version, that is on the flash filesystem?

Our installed and running Midlet takes care about transffering the newer version to the flash filesystem. Now we want that the MIDlet by itself installs the new version of it. We tried to use

but this results in

Howere this scenario works with OTAP and updating a running MIDlet.

So is there a way we can solve this scenario similar to OTAP but with a new midlet version that is already on the flash file system? 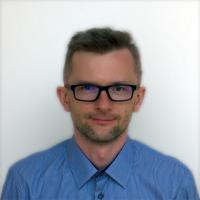 Notice that you have enter PIN to execute an OTAP commands.

thank you for this solution! This worked for me.

<Appl_Dir>(str) Directory of Java application
Parameter is not supported

So I hope this functionality with using SJOTAP for local files wont be removed in the future.

This parameter is not supported and is only present for compatibility reasons. You can leave it empty or put anything there.

In the old modules (TC65i, AC65i, EGS5, ...) the applications were not installed in the hidden flash area like it is now, but just copied to the public flash and run from there. And with this parameter you were able to put the application to some dedicated folder instead of just top level a:/.

Now when the application is installed you can delete if form the public flash and it will still be installed and running.