Yesterday I deployed a MIDlet with JAD-level autostart configuration enabled. The MIDlet itself had an error in the code; this was something which I just realised when looking back into the code after I had deployed the MIDlet.

So the MIDlet was running, and all of a sudden the unit began acting up.

The registration status LED had begun to flash intermittently and the USB connection commenced to switch on and off; one second it was connected and the next it would fail to recognise a connection.

I attempted to fix this problem by trying the following, in no particular order:

1. Recharged data for the SIM card.

2. Removed and reinserted the SIM card.

3. Powered off and replugged in power.

4. Removed and replugged the antenna.

5. Removed and reinserted the USB cable.

I have found that none of these steps helped fix the problem which once again is that on my powering the unit on, it commences flashing the registration status LED orange and then stops, then resumes flashing, and so on.

Does this sound familiar to anyone? is it a possible firmware ********** issue or a symptom of a possible hardware breakdown?

Is there anything software related I can try, or any tool I can use to diagnose and fix the unit on a software level that Gemalto could recommend?

It is impossible to run the unit while it is stuck in this boot loop.

As always would appreciate any advice. 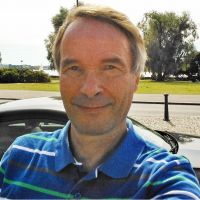 If you have user/password for Gemalto's "module services"; https://****.gemalto.io/****/#!/login,
and the Sensorlogic Agent is enabled in the module, you can stop and delete the Java  app remotely.
See: https://iot-developer.thalesgroup.com/tutorial/how-register-cinterion-mo... and https://iot-developer.thalesgroup.com/tutorial/how-provision-your-first-... 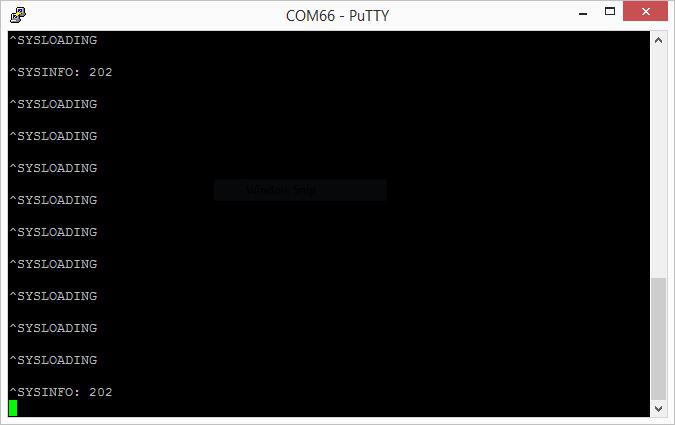 When I connected ASC0 and opened a terminal, it is showing ^SYSLOADING every 2 seconds.

Would this still allow me to ented AT commands as I cannot seem to even to connect for those.

So it seems that your MIDlet is probably causing this constant rebooting. Could you write what you have implemented inside and what is the suspected error.

In such you should try to switch off the autostart with at^scfg="Userware/Autostart","","0" command. You may need to try many *****, you may try to prepare some script for this or just copy the command and paste to the terminal.

After stopping autostart is should be easy to uninstall the faulty MIDlet and enable autostart again.

For development it is good to configure "Userware/Autostart/Delay" parameter to some value grater than 0, for example 20 (that would be 2 seconds), when you play with autostart just to have more time to disable autostart before the MIDlet starts.

You should also set Oracle-MIDlet-Autostart in the jad file to a value that is greater than 1 for your application just to ensure that JRC will always start first.

Thank you for your followup to this query.

In the JAD I added the following key value pairs to User Defined configuration:

So yes, hopefully this was in fact what caused the ongoing issue.

I will go ahead and switch off Autostart in AT^SCFG - it seems I can quickly paste in and run AT command between the intermittent displays of the ^SYSLOADING loop in the terminal.

I will also take your advice on board to set a short delay to stop it preventing total access due to instant autostarts.

I will let you know soon how I went with the above steps.